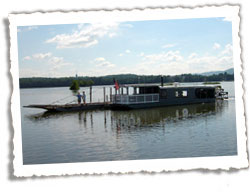 In the beginning, the Millersburg ferries were poled across the Susquehanna River by hand. This method of propulsion came to an end in 1873 when it was replaced by a steam-powered side wheeler called the Enterprise. Gasoline engines replaced this even later. 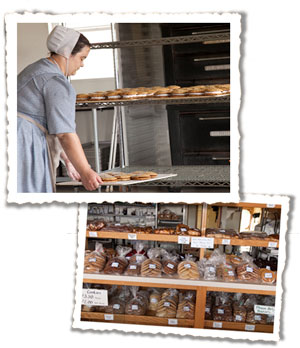 There were periods, during the long history of the ferry, that the volume of traffic required as many as four ferryboats on the line. Today, the boats, (the Falcon and the Roaring Bull) each carrying a maximum of four cars plus passengers, provide a uniquely scenic and relaxing ten to twenty minute ride for the enjoyment of tourist visitors.

The ferry operates daily from dawn to dusk connecting routes 11/15 and 34 on the western side of the river to routes 209 and 147 at Millersburg on the eastern shores. It travels in water depths of about four feet on a course over 1 mile long.

Please note: the Millersburg ferry does not transport RV units and only has limited seasonal hours.